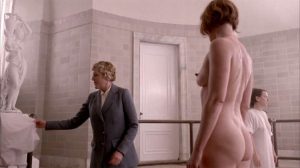 Boardwalk Empire has ended, but you can continue watching the nude scenes thanks to the video clips in our archives. Today we speak of nude celebrities of the fifth season. The nude scenes were few. The episodes of this season were only eight and there were several plots to be closed, but the series has, however, given some remarkable sequence. Starting with the blonde Gretchen Mol. In addition to her, other celebrities have appeared nude Ashley Wren Collins, Christiane Seidel, Georgia Ximenes Lifsher and Jessy Smith. The sequences of nude in this season and the previous four are in our archives. All in HD.