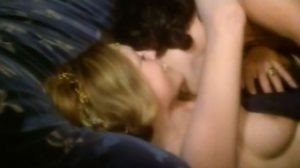 The long original title of this film is L’histoire très bonne et très joyeuse de Colinot Trousse-Chemise. It is a French decamerotic who tells the story of Colinot, a bold young man in search of his girlfriend, kidnapped by three bandits.
During his wanderings, Colinot meets, and strips, some beautiful and nice girls. The nude actresses that we can admire in the film are Ottavia Piccolo, Bernadette Lafont, Muriel Catalá and Brigitte Bardot.
There are several versions of this film. The Italian version has some cuts in the nude scenes, while the French version is more complete. Unfortunately, all versions are of poor quality.
This is the last film in which the beauty goddess Brigitte Bardot appears.