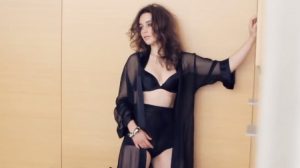 One of the most beloved characters in the TV series Game of Thrones was undoubtedly Daenerys Targaryen, the girl sold by her brother to a Dothraki chief. Daenerys has earned respect and power over eight seasons, while the actress who played her has made many people fall in love.
In this video Emilia Clarke reveals some tricks to date her but also to date her counterpart Daenerys, the Mother of Dragons. If you want to have some chance to sit at a restaurant table with this beautiful smile actress you should listen to his advice. In the video, she doesn’t take off her clothes, but she’s equally super sexy.