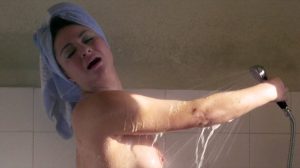 La polizia brancola nel buio was made in 1972 but was released only three years later, in 1975. It’s a thriller with some science fiction contamination since we are talking about a camera capable of photographing thoughts. This is the only direction by Pasquale Elia Palumbo, lyricist and record producer who chooses the pseudonym Helia Colombo.
The film has almost exclusively garnered bad reviews, so it’s up to us to raise the ratings a bit. We do it because in the film we find three very interesting nude actresses: Elena Veronese, Gabriella Giorgelli, and Margaret Rose Keil.