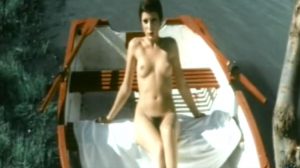 I peccati di una giovane moglie di campagna is an Italian erotic comedy from the late 1970s. The actresses are those less known to the general public, but much loved by admirers of this film genre.
The movie gets off to a great start, with Guia Lauri Filzi having sex in a barn. Shortly after, Dirce Funari undresses. Then there is Antonella Cancellieri, who rubs her pussy over an ancestor of the Sybian.
Among the many nude scenes, we point out an interesting catfight between Guia Lauri Filzi and Antonella Cancellieri.
Dirce Funari and Guia Lauri Filzi also give us some beautiful full-frontal nudes.