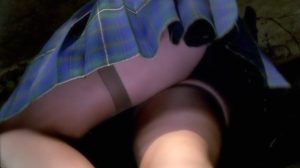 In a northern Italian city, a middle-aged tax official is looking for financial security for the rest of his life. His interests focus on three rather rich and rather ugly sisters. He will do his best to marry one of them and eventually he will succeed. He will marry one of the three sisters, but he will find himself living in symbiosis with all three, in a kind of polygamous marriage.
Too much sex and seasoned cooking will make the official suffer a stroke. Paralyzed, his dependence on the three sisters will increase to the highest levels.
Few nudes in this film, but many sexy sequences with the Junoesque actress Francesca Romana Coluzzi. However, there is also some nude: both Francesca Romana Coluzzi and Angela Goodwin show us her ass. Interesting sequences, interesting asses.