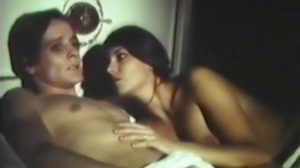 In 1970 the director Alberto Cavallone made this kind of instant movie which is a condemnation of the Vietnam war. Cavallone comes before many others on this topic, but the tight budget makes him make a low-level product.
For us lovers of nude actresses, there is no much to report, except for the nude scene by Michelle Stamp, an actress who undressed only two times and always in a film by Alberto Cavallone (the other is Le salamandre). Then, she disappeared from the scenes.